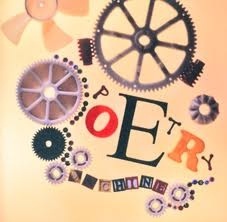 The action began as they circle the other, two men who strive against one another…The process is grueling the situation rife, these men test their metal they wrestle with life.

A clock ticks and is both harsh and kind, we depend on enough time we will find…Movements can seem some slow and some fast, these moves have made prophets and heroes past.

We fight such odds and reason to win, wrestling season is about to begin… Caught in a clench with no seeming way out, this the stuff of a classic bout.

We struggle to dominate almost all of the sway, even when it appears we give some away… The fight to win is in body and mind you see, the struggle goes on no matter where we be.

Leverage and technique is found in this mess, when the crowd roars their resounding yes…This is the ultimate contest of ones will, two struggle but only one can be victorious still.

Sweat that drips on the men and the matted floor, odors of manliness and smells we oddly ador…The struggle takes place with blood and bruise, this contest takes place as every muscle accrues.

Struggling harder and harder yet stretching the most, escaping takedown back points to post…The match will end one man a loss and one a win, but then we knew that when the action begin.

I have had a life long love affair with the New York Yankees and baseball period. In my retirement I've discovered the hobby of sports game simulation through online gaming. I also have collected cards and memorabilia since I was 7 years old in 1961. I inherited from my uncle the collections starting from 1956 - 1960 and in 1961 I started my own collecting. I started an online league through Out Of The Park Development and their game OOTP16. The name of the league is the Alternate History Baseball League and it began in the 1954 baseball season when I and fifteen others held an inaugural draft and began the AHBL league in earnest. In my blog I will review the AHBL league and also mix some pop culture and historic events from real life. I hope you enjoy !
View all posts by Commish Greg →
This entry was posted in Entertainment, Poetry, Sports and tagged contest, Poetry, wrestling. Bookmark the permalink.