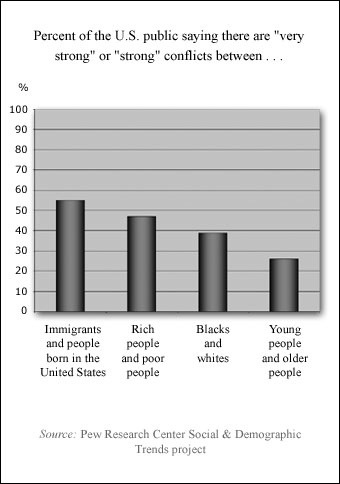 The statists have won by divide and conquer. For the past three two term administrations we have transitioned from a center right country to a European styled liberal nation. Whether it was Clinton’s new kind of Democrat, Bush’s compassionate conservatism or Obama’s wealth distribution. This rose by any other name ends the same. The result is that in a generation we have evolved into a kind of tribal nation made up of millions with their hands out.

We have allowed the term “states’ rights” to be smeared and distorted into code words for segregationist policies or racism. States’ rights simply means that individual states should retain authority over all matters not expressly delegated to the federal government in Article I of the Constitution. Most of the worst excesses of big government can be traced to a disregard for states’ rights, which means a disregard for the Ninth and Tenth amendments. The real reason liberals hate the concept of states’ rights reflects a hostility toward anything that would act as a limit on the power of the federal government.

Yet it is the federal government more than anything else that divides us along race, class, religion, and gender lines. The federal government, through its taxes, regulations, corporate subsidies, racial set-asides, and welfare programs, plays far too large a role in determining who succeeds and who fails in our society. Our government “benevolence” crowds out genuine goodwill between men by institutionalizing group thinking, thus making each group suspicious that others are receiving more of the government money. Americans know that factors other than merit in the free market often play a part in the success of some, and this leads to resentment and hostility between Americans.

Still, the left argues that tough federal laws are needed to combat racism, always implying of course that southern states are full of bigoted rednecks who would oppress minorities if not for the watchful eye of Washington. They ignore, however, the incredible divisiveness created by their collectivist big-government policies.

Racism is simply an ugly form of collectivism, the mindset that views humans only as members of groups and never as individuals. Racists believe that all individuals who share physical characteristics are alike; as collectivists, racists think only in terms of groups. By encouraging Americans to adopt a group mentality, the advocates of so-called “diversity” actually perpetuate racism. Their intense focus on race is inherently racist, because it views individuals only as members of racial groups.

Conservatives and libertarians should fight back and challenge the myth that collectivist liberals care more about racism. Modern liberalism, however well intentioned, is a byproduct of the same collectivist thinking that characterizes racism. The continued insistence on group thinking only inflames racial tensions.

I have had a life long love affair with the New York Yankees and baseball period. In my retirement I've discovered the hobby of sports game simulation through online gaming. I also have collected cards and memorabilia since I was 7 years old in 1961. I inherited from my uncle the collections starting from 1956 - 1960 and in 1961 I started my own collecting. I started an online league through Out Of The Park Development and their game OOTP16. The name of the league is the Alternate History Baseball League and it began in the 1954 baseball season when I and fifteen others held an inaugural draft and began the AHBL league in earnest. In my blog I will review the AHBL league and also mix some pop culture and historic events from real life. I hope you enjoy !
View all posts by Commish Greg →
This entry was posted in Conservative, Empire, Liberal, Liberatarian, Opinion, Politics, State and tagged America, bush, clinton, Divided, Obama, states. Bookmark the permalink.

1 Response to Divided States of America