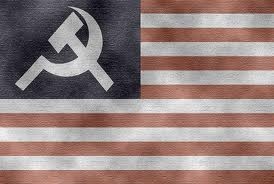 It seems with each passing day that the America in which I grew up is disappearing, slipping into the past as an aging man lost in his own remembrance of times gone by. We can yearn with sorrow for what we have lost and we have lost a great deal but we must realize that we have lost it completely. As our nation begins the slow crawl in emerging from the great recession and as we enter an era of austerity unlike any generation has perhaps ever known. America is in a cultural and moral decline in which one can only conclude that she may have achieved perfect decadence. Religious faith has ceased to exist for most people and as it dies so does a culture, civilization and its people.

Religious faith gave birth to Western culture over 1000 years ago and people from Europe spreading West to California. As religious faith fades and the Third World begins to claim the modern landscape we are shown proof that we are certainly in the last phase of a great American civilization. A great poet and philosopher Kahill Gibran once said in his great the garden of the prophet, “we pity the nation divided into fragments, each fragment deeming itself a nation.” The American nation is coming apart at new forces have emerged and grown in the past 50 years to preside over what has become a fragmented Numerica.

Some may think that I call the death of America prematurely but I would ask those who do to consider that in the 1970s Americans faced a Soviet Union poised for world domination as they were along with America one of the dominant superpowers of the world. Who would’ve guessed that the Soviet empire would collapse and that the Soviet Union would in fact disintegrate. Keep in mind that like the Soviet Union America commands and Empire of military allies, military bases and soldiers who are engaged in a seemingly endless wars around the world. Like the Soviet Union America is a land of multicultural, multiracial, multilanguage and overstretched. The ethnic nationalism that drove the Soviet Union to separate into regional almost tribal states is now occurring throughout the American nation. As Americans begin to divide themselves by ethnicity, by racial identity or by native birth. People of California who were there before either the Mexicans or the Western whites who want to be called chinos now emerge as another separate group. Or native Hawaiians whose people occupied that land before other Asians or Western peoples also want separate identity and political power. These are actions of Numerica and not America.

It is true that a nation is a group of people who share a history, culture and language who worship the same God, celebrate a common history and are held together as Abraham Lincoln would say by “bonds of affection, mystic chords of memory, stretching from every battlefield, and patriot grave, to every living heart and hearth stone”. That was indeed the nation of America and that is the country who is dying because the European and Christian core has been shrinking away. In the next 10 years deaths among white Americans will exceed births, while immigration is altering forever the face of Numerica. There is no doubting the statistical evidence that points to the social disintegration and end of our American culture.
In America people view abortion as the killing of the unborn while those in Numerica regard the right to life movement as repressive ideology. One group of crazy people assassinate abortionists another group of crazies kill antiabortion protesters. Advocates of gay marriage see their adversaries as bigots and opponents of gay marriage see advocates as elevating unnatural acts to the status of sacred matrimony. Were one part of America sees progress the other sees decadence as the struggle between America and Numerica tries to find any common moral ground at all.

Christmas and Easter were once times they United America in great joy. Today we fight over whether Christmas and Easter can even be mentioned in public schools. Part of America regards our history as admirable and part of America sees it as racist. Old heroes such as Christopher Columbus are seen in Numerica as racist relics of a time gone by. Replaced in America by Martin Luther King and Cesar Chavez as the lines become blurred throughout Numerica. Numericans now celebrate Cinco de Mayo and no little or care nothing of the battle of Gettysburg fought on American soil. Cable news has chosen sides in the culture war and our music even seems designed to divide. Within our nation on matters of morality, politics and culture we are driven apart. We become a nation of cowards as we denounce each other over racial differences. We disagree with our president therefore we are racist seems to be the chant by many in Numerica. When the tea party emerged as a political counterculture in America and crowds turned out to oppose health care reform majority leader Harry Reid and Speaker Nancy Pelosi called them evil and un-American. Yet by the end of 2009 only four months after they begun most Americans had a more favorable view of the tea party then they did either of the two major political parties. Yet in Numerica both the tea party and the Republican Party are despised as bigots

Racially-based justice is the new reality and his long as justice is dispensed against white males then it is fair in Numerica. The deck is stacked against white males in this new race-based justice. Almost fifty years after Martin Luther King proclaimed the future of his children where they could not be judged by the color of their skin but rather by the content of their character we have now succumbed to the reality of a kind of reversed new Jim Crow era. Tribalism in Hawaii, California or anywhere else in Numerica threatens our very democracy and relegates it to the dustpan of history.

Numerica is a nation that will murder for convenience, or human beings no longer receive their rights from God but rather from a so-called democracy. Numerica is a nation where gay is the new normal and religion is outdated, unnecessary and forgotten. It is a place without a moral compass where doing what feels good is what’s right. In Numerica they celebrate not those fallen heroes of war or of discovery but the new heroes of entertainment and popular culture. Numerica is not a nation of 50 states but rather a nation of 1 million different states of mind that is fragmented beyond rationalization or reasoning. Numerica is a country of victims whose constant injuries require financial assistance and aid from an ever shrinking group of perpetrators.

The tragedy of the story of the death of America is that as a society we were unaware that we were indeed dying. The cultural revolution of the 1960s started America on a course that would become the beginning of the end for America. As Christianity faced a flock that was increasingly skeptical of church doctrine and teaching it began a gradual loss of influence in America. In reality Christianity was losing Europe and the whole Western world as both Catholic and Protestant churches began a slow descent into disintegration. A great example of the church’s loss of influence over its flock is the Catholic Church who proclaims that abortion is murder and that any church members who actively participate are in effect excommunicated. While at the same time about three quarters of its members claim to be pro-abortion. In effect the majority of Catholics in America are in fact no longer Catholic and remain in the church because they consider church doctrine outdated. What they forget is that their religion is not a democracy and their God is not a democracy and their church has not abandoned them but they had abandoned their church.

The civil rights struggle that began in earnest in the 1960s created a basis for the ending of real racism in America. The problem with the ever expansive government intervention and dictation of their version of morality is the alienation of many toward the plight of African-Americans. The manner in which the heavy hand of government was used to integrate public schools for example was often done poorly and seemingly by force. The never-ending tossing of money at cultural and societal problems in dealing with racism was often done quite poorly. A good example of government failure is the policy of affirmative action which resulted in what amounted to merely reverse discrimination. Now of course even the dreams once dreamed for by civil rights advocates have become a nightmare of government programs substituting for the freedom and liberty sought by all minorities in search of equality. Instead our country has become a nation of victims in a never ending search to punish the have more’s for the benefit of those who have less. As if social justice can be purchased from one class of people in order to benefit another class of people. In doing so the only thing that really gets accomplished is that the poor mistrust the wealthy and the wealthy mistrust the poor. The only thing that is left is a splintered and fragmented society filled with tens of millions of victims who will soon be left with no one but other victims to blame for their circumstance.

A great man speaking of the dangers of the disintegration of our society was Pope John II who said “the great danger for family life, in the midst of any society whose idols our pleasure, comfort and independence, lies in the fact that people close their hearts and become selfish” these words seemed to me quite prolific today as I perform a eulogy for America. John Paul went on to say “as the family goes, so goes the nation and so goes the whole world in which we live” it is prolific that this great man could have foreseen the disintegration of our society.

I have had a life long love affair with the New York Yankees and baseball period. In my retirement I've discovered the hobby of sports game simulation through online gaming. I also have collected cards and memorabilia since I was 7 years old in 1961. I inherited from my uncle the collections starting from 1956 - 1960 and in 1961 I started my own collecting. I started an online league through Out Of The Park Development and their game OOTP16. The name of the league is the Alternate History Baseball League and it began in the 1954 baseball season when I and fifteen others held an inaugural draft and began the AHBL league in earnest. In my blog I will review the AHBL league and also mix some pop culture and historic events from real life. I hope you enjoy !
View all posts by Commish Greg →
This entry was posted in Conservative, Liberal, Liberatarian, Nanny State, National Debt, Occupy Wallstreet, Opinion, Politics, State, Taxes and tagged America, divided country, eulogy, multi culture, numerica. Bookmark the permalink.

2 Responses to Welcome to Numerica!