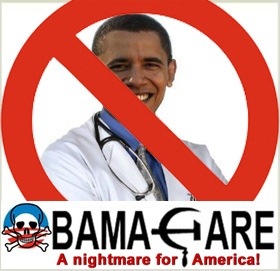 At the end of the day, for all of the rhetoric and promises about what Obamacare would achieve, the health law’s most ardent supporters have stuck to their guns because of one thing: coverage expansion. But new data suggests that Obamacare may fail even to achieve this goal. Instead of expanding coverage to those without it, Obamacare is replacing the pre-existing market for private insurance. Surveys from insurers and other industry players indicate that as few as 11 percent of those on Obamacare’s exchanges were previously uninsured. If these trends continue, the probability increases that Obamacare will eventually get repealed.

65-89% of Obamacare exchanges enrollees were previously insured.
The latest reporting on this topic comes from Christopher Weaver and Anna Wilde Mathews of the Wall Street Journal. They cite several industry surveys on the coverage history of those signing up for insurance on the Obamacare exchanges. The first, from McKinsey & Co., indicates that “only 11 percent of consumers who bought new coverage under the law were previously uninsured.” McKinsey surveyed 4,563 individuals “thought to be eligible for the health-law marketplaces,” of which 389 had enrolled in exchange-based plans.

Of those that didn’t sign up for Obamacare-based coverage, 52 percent stated that “affordability” was their biggest complaint with the exchanges’ plan offerings. Only 30 percent cited “technical challenges in buying the plans.”

I have had a life long love affair with the New York Yankees and baseball period. In my retirement I've discovered the hobby of sports game simulation through online gaming. I also have collected cards and memorabilia since I was 7 years old in 1961. I inherited from my uncle the collections starting from 1956 - 1960 and in 1961 I started my own collecting. I started an online league through Out Of The Park Development and their game OOTP16. The name of the league is the Alternate History Baseball League and it began in the 1954 baseball season when I and fifteen others held an inaugural draft and began the AHBL league in earnest. In my blog I will review the AHBL league and also mix some pop culture and historic events from real life. I hope you enjoy !
View all posts by Commish Greg →
This entry was posted in Conservative, Finance, Liberatarian, Nanny State, National Debt, Opinion, Politics, State and tagged healthcare, obamacare. Bookmark the permalink.

1 Response to Obamacare Has Failed