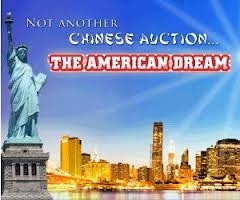 Voters Trust Romney 50% to 43% Over Obama on Economy

Voters again trust Mitt Romney slightly more than President Obama on five major issues regularly tracked by Rasmussen Reports. The widest gap in trust continues to be the economy where Romney has a seven-point lead.

The latest national telephone survey finds that 50% of Likely U.S. Voters trust Romney more than the president when it comes to handling the economy, the issue that remains number one among voters as Election Day approaches. Forty-three percent (43%) trust the president more. (To see survey question wording, click here.)

Take the Rasmussen Challenge for a chance to win an IPad. This week’s entries will be accepted until 11:59pm ET tonight.

I have had a life long love affair with the New York Yankees and baseball period. In my retirement I've discovered the hobby of sports game simulation through online gaming. I also have collected cards and memorabilia since I was 7 years old in 1961. I inherited from my uncle the collections starting from 1956 - 1960 and in 1961 I started my own collecting. I started an online league through Out Of The Park Development and their game OOTP16. The name of the league is the Alternate History Baseball League and it began in the 1954 baseball season when I and fifteen others held an inaugural draft and began the AHBL league in earnest. In my blog I will review the AHBL league and also mix some pop culture and historic events from real life. I hope you enjoy !
View all posts by Commish Greg →
This entry was posted in Conservative, Finance, National Debt, News, Opinion, Politics, Taxes, Tea Party and tagged economy, Obama, Romney, trust. Bookmark the permalink.