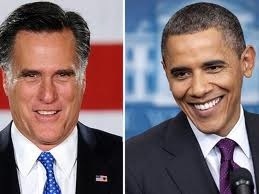 President Obama and Governor Romney went toe to toe in their first debate and an early CNN poll has Romney beating Obama 67% to 25%. This should help move some undecideds into the Romney column.

It seems that this race is much closer than we all thought. With Governor Romney talking directly to the people he was unfiltered by the media and he excelled against a listless President Obama.

I expect that within a short period Romney will pull ahead in some key battleground states. I think Florida and North Carolina go Romney’s way and that leaves a few tossups that will decide the next president.

But in this first debate Romney totally destroyed Obama and the president was stunned and beaten. I think we just witnessed the undoing of Obama and feel like Romney will win.

I have had a life long love affair with the New York Yankees and baseball period. In my retirement I've discovered the hobby of sports game simulation through online gaming. I also have collected cards and memorabilia since I was 7 years old in 1961. I inherited from my uncle the collections starting from 1956 - 1960 and in 1961 I started my own collecting. I started an online league through Out Of The Park Development and their game OOTP16. The name of the league is the Alternate History Baseball League and it began in the 1954 baseball season when I and fifteen others held an inaugural draft and began the AHBL league in earnest. In my blog I will review the AHBL league and also mix some pop culture and historic events from real life. I hope you enjoy !
View all posts by Commish Greg →
This entry was posted in News, Opinion, Politics and tagged debate, Denver debate, Obama, Romney. Bookmark the permalink.