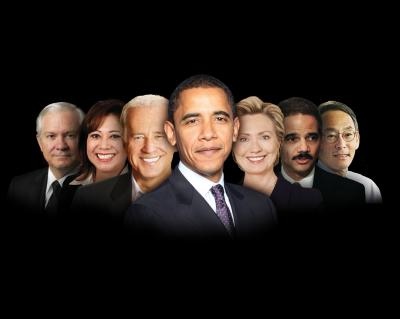 Here’s a quick look into the three former Fannie Mae executives who brought down Wall Street.

Franklin Raines – was a Chairman and Chief Executive Officer at Fannie Mae. Raines was forced to retire from his position with Fannie Mae when auditing discovered severe irregularities in Fannie Mae’s accounting activities. Raines left with a “golden parachute valued at $240 Million in benefits. The Government filed suit against Raines when the depth of the accounting scandal became clear.

Tim Howard – was the Chief Financial Officer of Fannie Mae. Howard “was a strong internal proponent of using accounting strategies that would ensure a “stable pattern of earnings” at Fannie. Investigations by federal regulators and the company’s board of directors
since concluded that management did manipulate 1998 earnings to trigger bonuses. Raines and Howard resigned under pressure in late 2004. Howard’s Golden Parachute was estimated at $20 Million!

Jim Johnson – A former executive at Lehman Brothers and who was later forced from his position as Fannie Mae CEO. Investigators found that Fannie Mae had hidden a substantial amount of Johnson’s 1998 compensation from the public, reporting that it was between
$6 million and $7 million when it fact it was $21 million.” Johnson is currently under investigation for taking illegal loans from Countrywideide while serving as CEO of Fannie Mae. Johnson’s Golden Parachute was estimated at $28 Million.

WHERE ARE THEY NOW?

Raines works for the Obama Campaign as his Chief Economic Advisor.

Howard is a Chief Economic Advisor to Obama under Franklin Raines.

Johnson was hired as a Senior Obama Finance Advisor and was selected to run Obama’s Vi ce Presidential Search Committee.

Our government is rotten to the core ! Are we stupid or what? Vote in 2012.. it is the most important election of our lives…

I have had a life long love affair with the New York Yankees and baseball period. In my retirement I've discovered the hobby of sports game simulation through online gaming. I also have collected cards and memorabilia since I was 7 years old in 1961. I inherited from my uncle the collections starting from 1956 - 1960 and in 1961 I started my own collecting. I started an online league through Out Of The Park Development and their game OOTP16. The name of the league is the Alternate History Baseball League and it began in the 1954 baseball season when I and fifteen others held an inaugural draft and began the AHBL league in earnest. In my blog I will review the AHBL league and also mix some pop culture and historic events from real life. I hope you enjoy !
View all posts by Commish Greg →
This entry was posted in Opinion, Politics and tagged Obama, Obama team, re election. Bookmark the permalink.